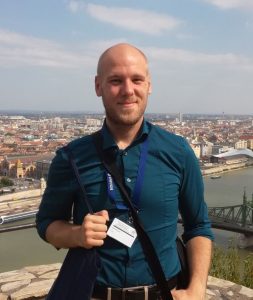 Emil Kaukonen is a Ph.D. candidate at Åbo Akademi University. His research interests include transnational connections and networks in the 18th and 19th centuries, the history of ideas with regard to intercultural contacts, and the interplay between state power and individual actors in the 16th to the 20th centuries. Emil is currently writing his thesis, titled “Sweden and Morocco 1763-1845: Nordic actors in transnational networks”, in which he aims to explore all of these aspects by using the Swedish consulate in Tangier as a focal point. His research ties into the sphere of global history through the inter- and transnational mobility of people, commodities, information, and ideas. From this point of view, he hopes to be able to say something about the capacity in which Swedish subjects were active in the Maghreb, one of the “frontiers” of European and American activity in the 18th and the 19th centuries. In addition to GHL, Emil collaborates with Joachim Östlund (PhD, docent) and Gustaf Fryksén (MA) at Lund University.